What's the deal with the JACKALOPE?!?!?! 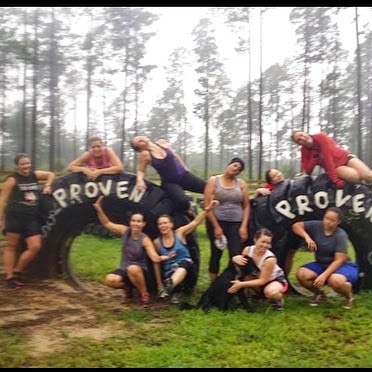 It's funny how things just happen. Ya know? Never meant to start a little running group. It just kind of happened. I started working out back in Feb with Scott Caldwell's Max Results Bootcamp. I needed to lose some weight. After having back to back babies and breaking my pelvis and just snacking (ALOT), I was the heaviest I had ever been. So, I started getting up at the crack of dawn and working out. In the mean time, I made friends with some really wonderful people. 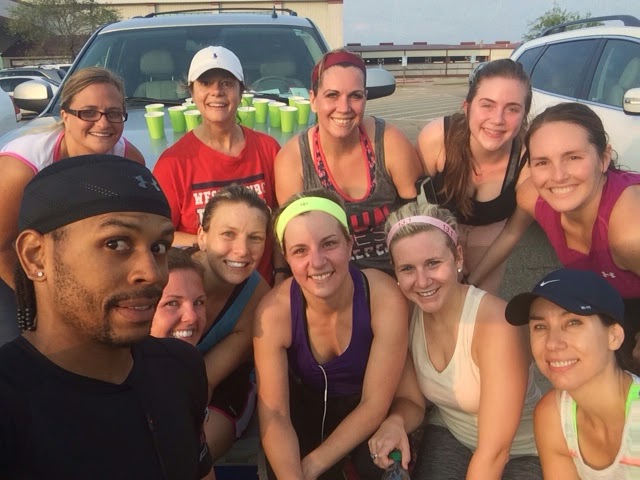 People I never even knew before but I'm so thankful they are now in my life. I commented one day that I wanted to start training for the Dirty South Half Marathon that is taking place on Sun. Oct 12th in West Monroe. (There is also a full marathon happening too!! Boston Qualifier!!). Some of my workout buds heard this and said-"hey- we want to try and do it too!!" Sounds good.  Lets do this. We held a meeting at Newks and 16 woman came to discuss training for this half and/or a 5k. All different fitness levels were there. Some had run a full, and some none at all. We left feeling excited!!! We were going to earn one of those 13.1 stickers 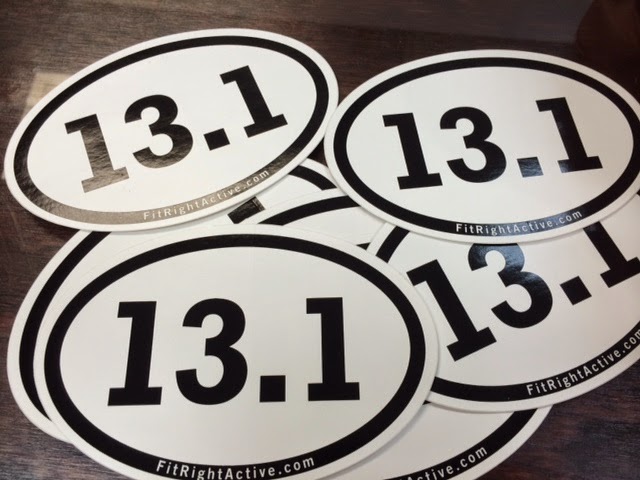 !!!! Brent and I had actually discussed doing a tshirt of a "jackalope" for the Fall.. and it just seemed to fit to call the little running group, The Jackalopes.
WHAT in the World is a Jackalope?? Think part rabbit, part deer. and it sometimes has a pheasants tail. The story of the jackalope was popularized in Wyoming in the 1930's after a local hunter used taxidermy skills to graft deer antlers onto a jackrabbit carcass and sold the creature to a nearby hotel. It's funny to read comments about this "killer rabbit". Apparently, this "fearsome critter " from North American folklore can be caught by leaving out a bottle of whiskey. hahaha
Anyway....Scott the trainer (who actually came up with the #Getjacked hashtag)  always says that "character can be defined as doing what you said you would do long after the excitement has worn off".......
And, proud to say the after 6 weeks of training, the group is still going strong and growing. 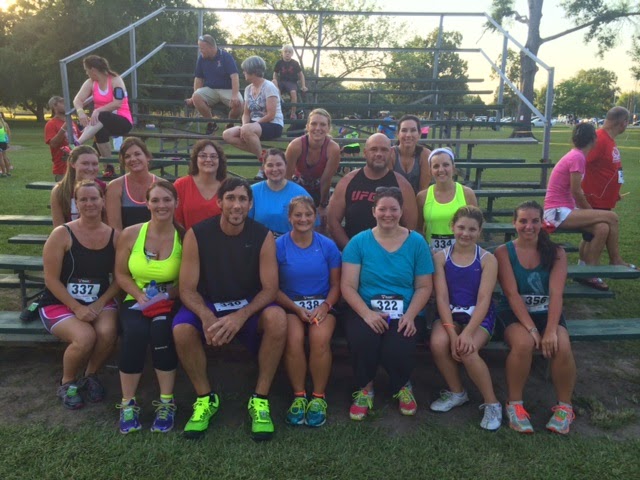 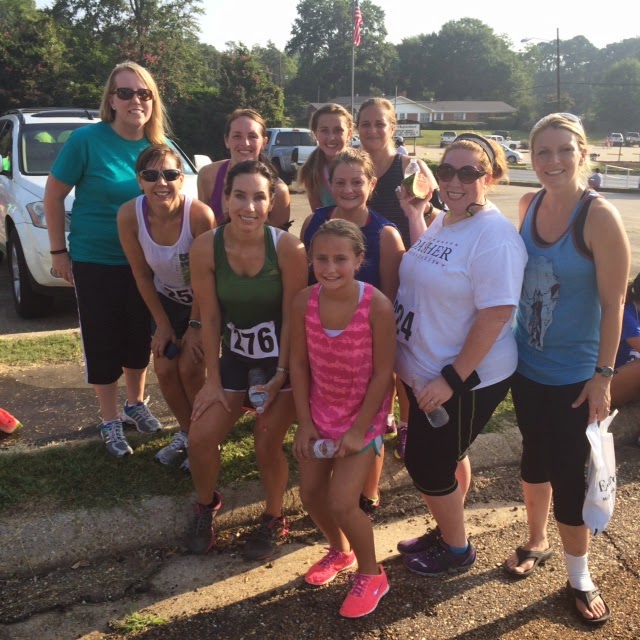 Love this pic of Caroline after the race! They really do hand out watermelon :) 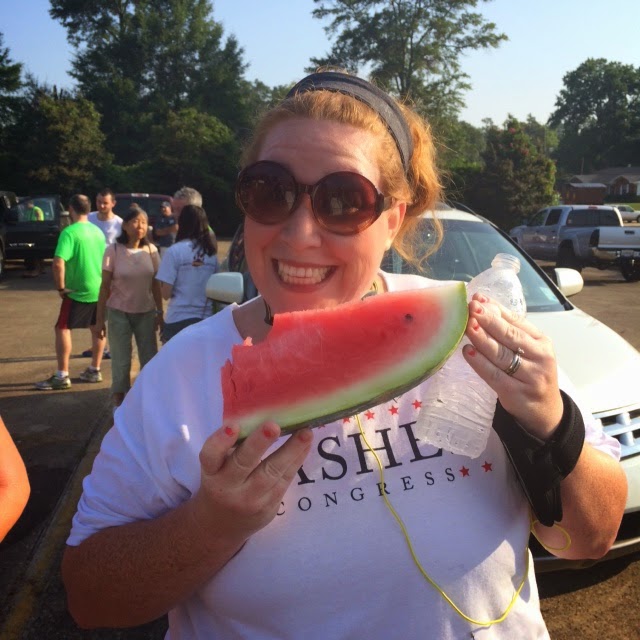 We may not always be able to meet up and run together, but everyone posts pics from their runs on the Jackalope Facebook page. Definitely accountability- and nice encouragement from everyone.
Since we are the "t shirt" people, you know we had to come up with a kick butt shirt for everyone to wear. I drew the jackalope on our trip to the beach. 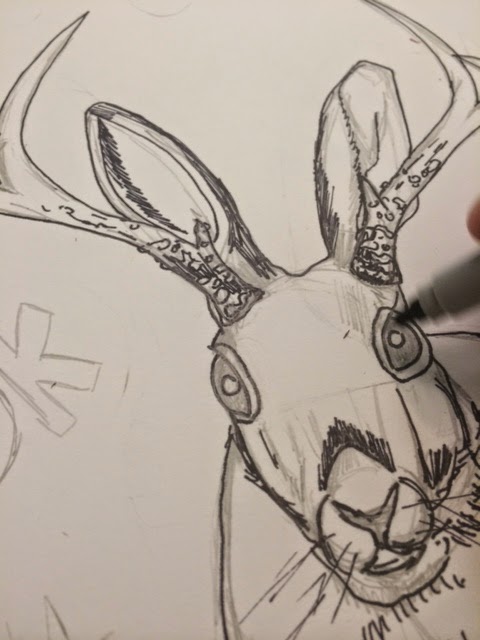 At first, he was going to have all the different running distances around him, but in the end and after a few texts back and forth with my running partner for life (Jennifer Gunter), we decided that it took away from him. I like BIG designs and I wanted our Running Jack to be LARGE and in CHARGE :). 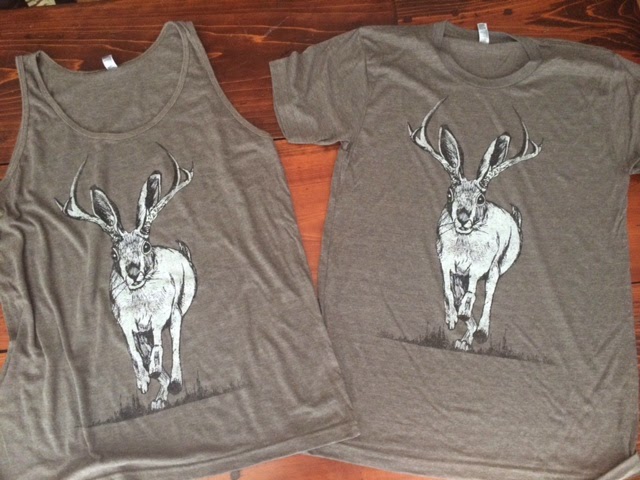 Then, the gang all wanted the #GETJACKED hashtag on the back of the shirts so....consider it done! Featured in Mr P Orange of course. 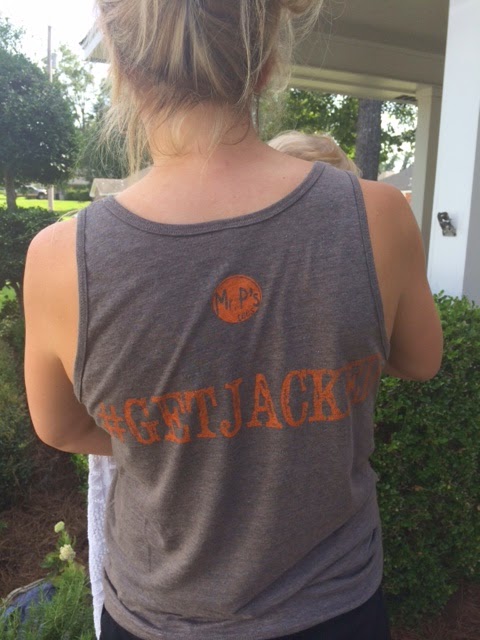 I was so excited about the tank that I wore it to work with a cardigan and black pants. Yes- I was that girl in college who would get a party shirt on a Saturday and have to wear it on the following Monday!! DORK!! 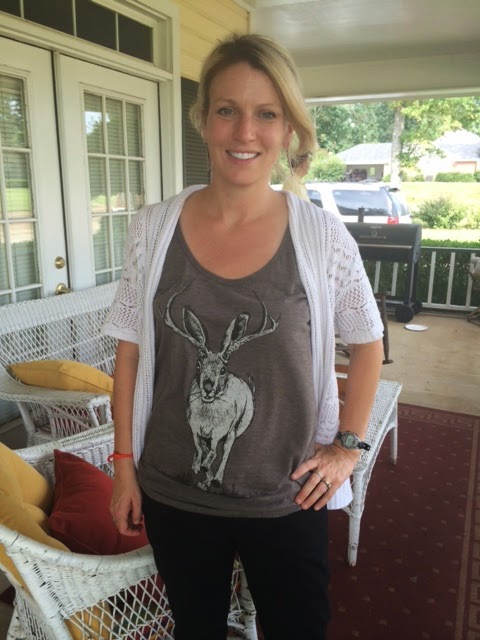 We also decided to print a youth version of the adult tee. 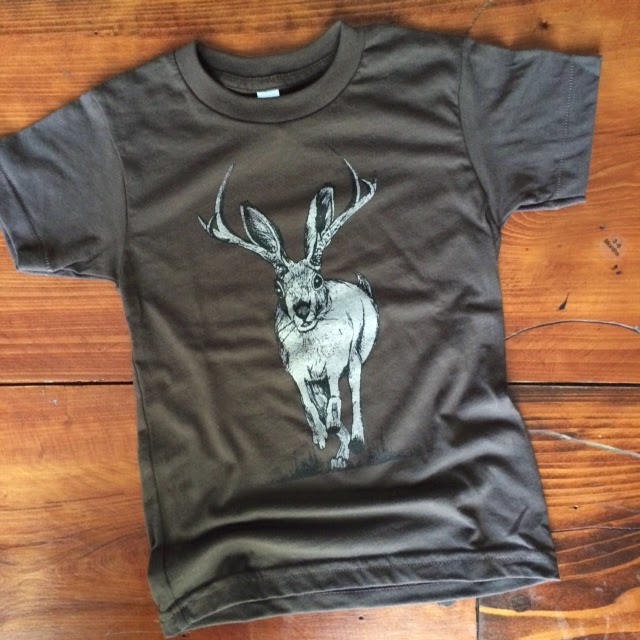 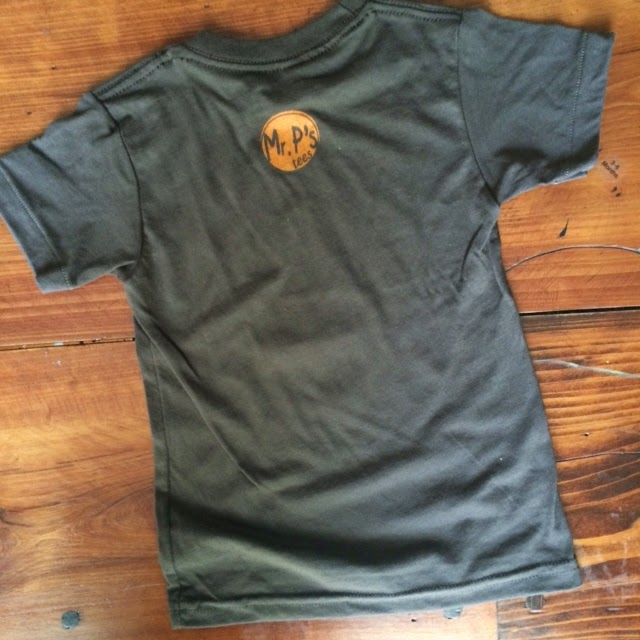 We didn't put the hashtag on the kids shirts.
Mr P thinks this rabbit-deer is pretty cool. (Always appreciate his approval) And so does little Lilya (shown in a 6t) 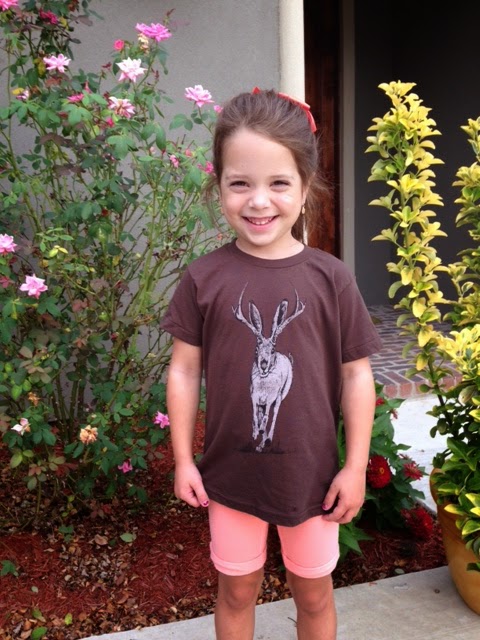 :) We put it on a chocolate brown tee in sizes 2t,4t,6t,8,10 and 12 ($24)
These are available online at www.mrpstees.bigcartel.com.  We are pretty much sold out of the Adult version. May end up printing another run of them. Let us know if you would like one.

If you want to come jog with us, come on! We are low key, no drama, and it doesn't cost a thing. 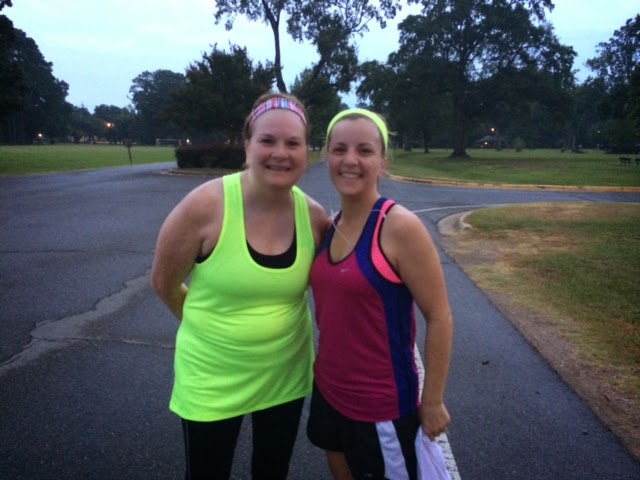 We have another meeting planned on Thurs Aug 28th at 7pm at Newks to discuss upcoming races and schedules.
If you want to check out more info on the race we are training for, check out www.dirtysouthrunning.com. And we love FITRIGHT in Monroe. They put on a great speed workout on Wednesdays at the ULM track. 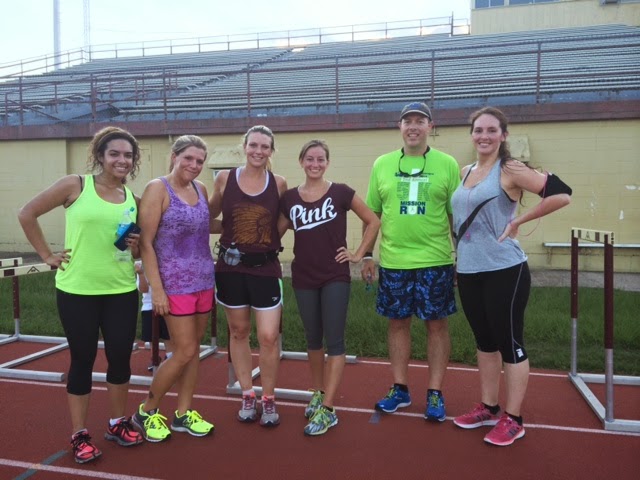 Check out their site at www.fitrightracing.com.

Thanks for reading
Love
Lissy
Posted by Mr P's Tees at 8:26 PM