Mr P and his Girls! 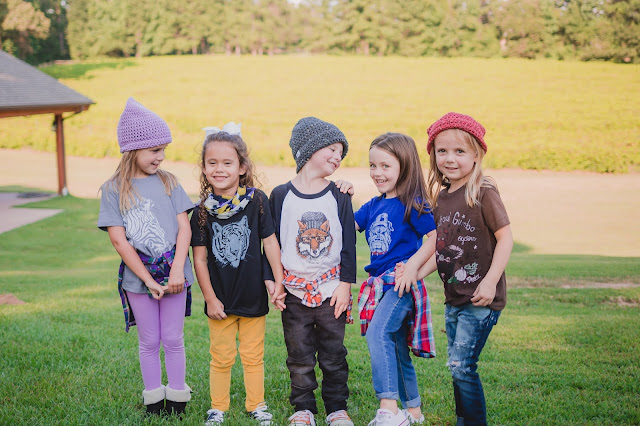 We were talking a few weeks ago about how we hadn't had any photos made of Pearson in a long time-Crazy, because the whole company is named after him! Here we have Mr P's Tees, but no P.  It hit me that it would be super fun to get a few of P's favorite girls together for a shoot. I could already picture him in the new "Fly Fox" shirt being a ..well, a fox! hahaha or at least a 4 year old fox ;)
Pearson and Phoebe have both gone to Miss Dee's Montessori School (located in West Monroe, LA) since they were 18 months old. They have truly met and made some wonderful friendships at that little school. P is always coming home and telling me who his "girlfriends" are.."Breelyn, Scarlet, Isabella, Elly, Presley, Aubrey...." Im always asking him "P- which one is your FAVORITE??? " and he always looks at me like "Mom, why do I have to have a favorite??!?" His answer
Every.
Single.
Time.
is always "All of them!!"
Smart Boy-did you learn that from your Daddy?
We were able to book Donielle Barnes to come take the photos. She had already planned to come into town for the Labor Day Weekend, so the timing was perfect. Love her work-esp of the kiddos. I enjoy trying out new spots for photo shoots and I also think it is important to support other local businesses. So,  I called Landry Vineyards (www.landryvineyards.com) to see if we had permission to take photos there. Here is a view of part of their vineyard from New Natchitoches Road. This was literally taken with my phone looking out my car window. 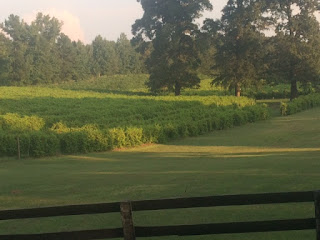 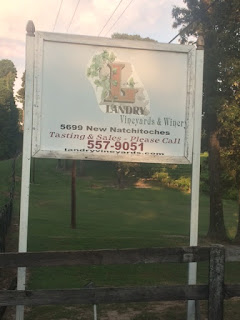 They are always so nice, and Libby told us to go right ahead. If you haven't been to one of their concerts, you are missing out. FUN! See remaining schedule below. 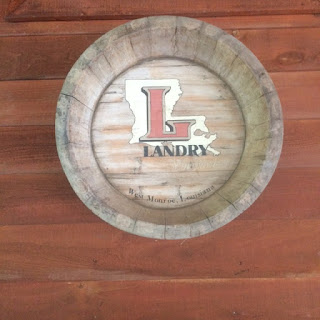 Then, I started calling the young ladies Moms to see if they would be available. 4 of the 6 could come-YES!!
Pearson was pretty pumped about the shoot. He had me make homemade chocolate chip cookies (like in the KitchenAid ya'll-not slice and bake) and brownies for his girls who were coming~ Isabella, Elly, Presley and Aubrey. We also decided we would let Phoebe come too and jump in a few pics.
Clothes were delivered beforehand and the feeling we hoped to get for the shoot was "Fall Fun", although, let me tell ya, there was nothing Fall in the air. IT was hot as balls out there.....Pearson was so excited and kept running up and down that big hill. Sweat was every where. His auburn-y colored hair was ringing wet... HAHHAHA. 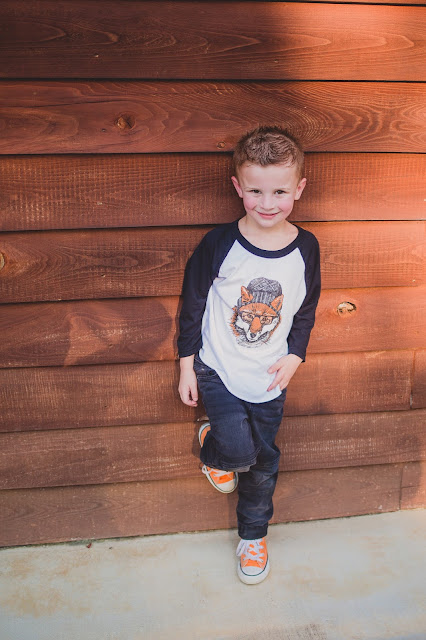 The girls were troopers-esp the ones that I had wear beanies. What amazing sports these 3-5 year olds were?!?!
The gang did great!! They all looked precious with their own little styles. 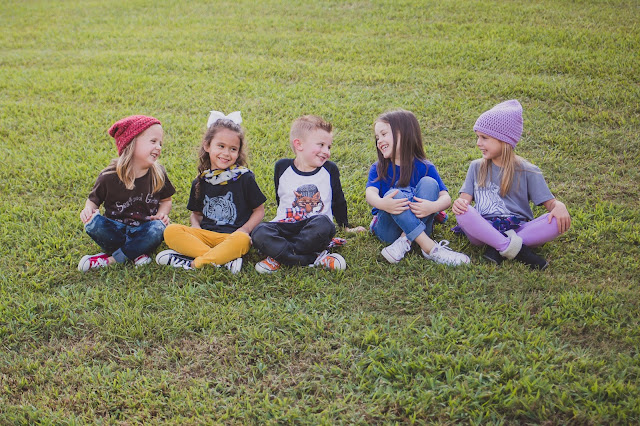 First up was some group pics 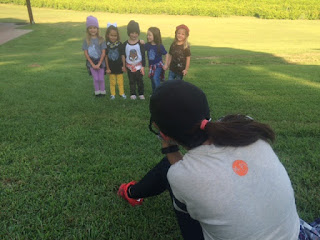 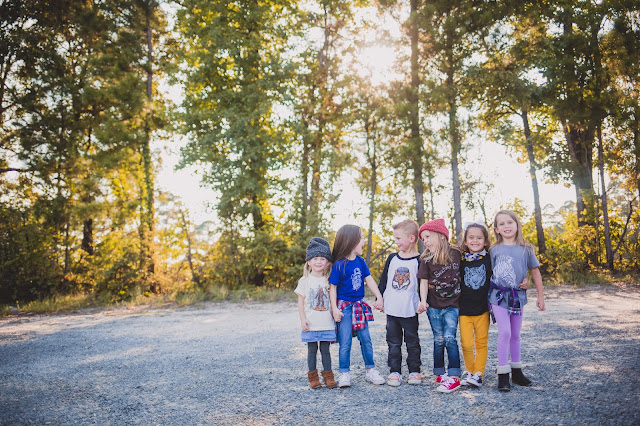 Then some two's and three's 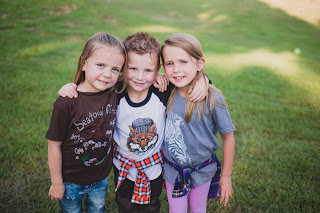 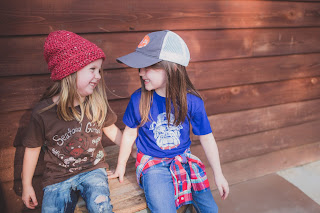 Then she got some individuals 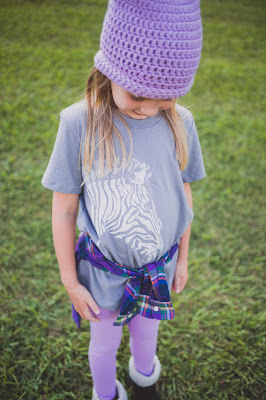 This is pretty little Aubrey in the Gray Zebra tee. Love it mixed with the purple and her black boots. 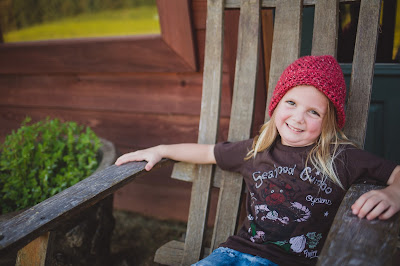 Meet Presley- She was smiling the whole time. She had on the Gumbo tee, Red Beanie, ripped jeans and red chucks. 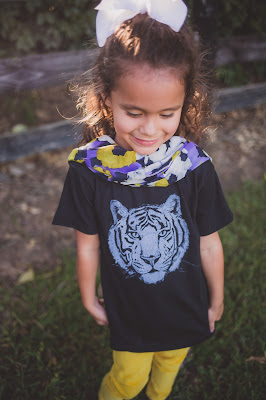 Next up was Isabella who had on the white tiger tee, mustard colored corduroy pants and purple & gold scarf. 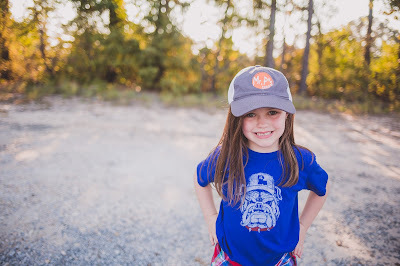 And last, but not least was Elly- she was rocking the new blue #1 Dog tee, some cool flannel, jeans and our logo hat.

We also had Phoebe there in the mix trying to keep up with everyone. She was the youngest in the group (3 years). Does it ever amaze ya'll how good your kids will act for other people?!?! 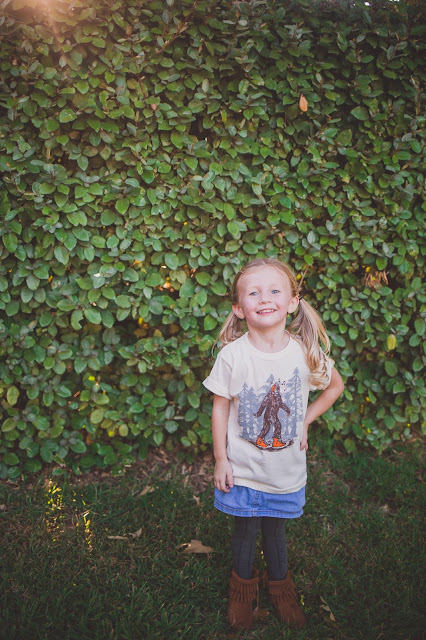 Phoebe had on the new BIG CHUCK shirt, denim skirt, gray tights and fringe boots.
Our employee BreAnne and her boyfriend David came out to watch and lend a hand if needed. They looked like a cute little Big Foot Family :) 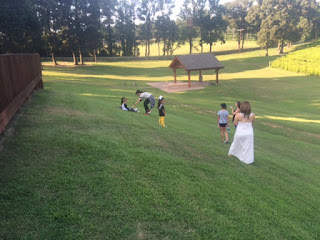 There were Moms and kids every where
and Brent too! 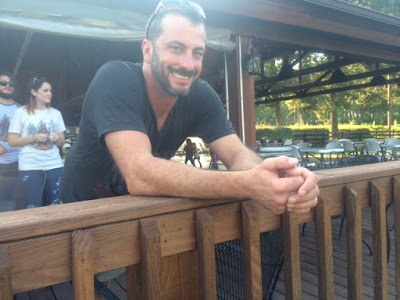 After the shoot was over, We put out a big quilt and the kids finally got to enjoy those sweets. 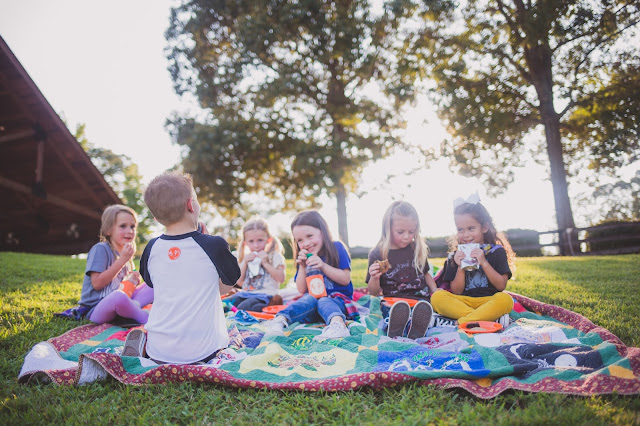 It was fun. I really think the kids viewed it as a big play date. :) 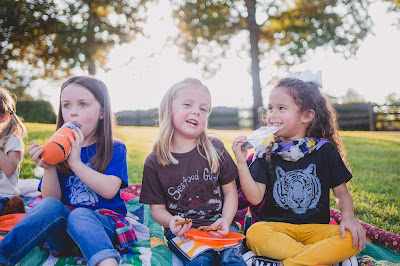 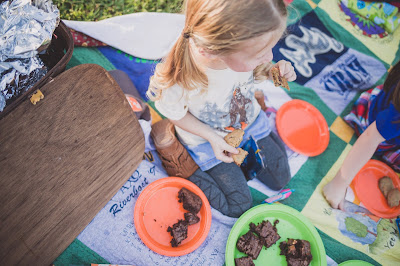 My Girl loves some chocolate like I do!!
I tried to snap some behind the scene pics of the whole shoot going on. 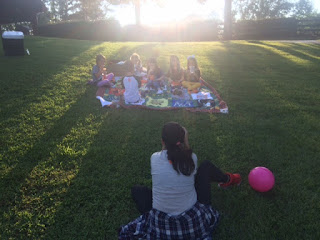 By the time the chocolate and capri suns hit, they were pretty oblivious to Donielle taking pics in front of them. 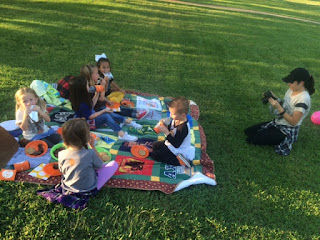 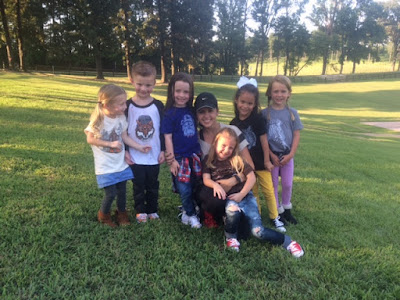 Like the shirts used in the shoot? Here is a closeup of each... 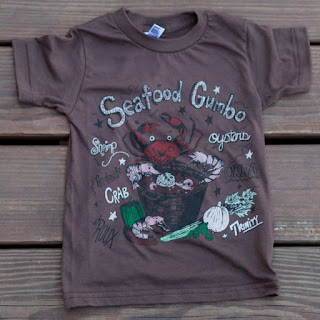 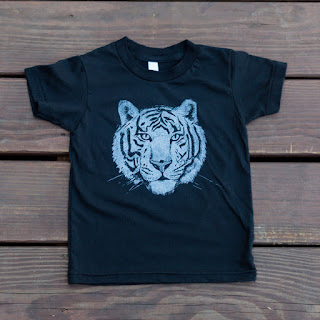 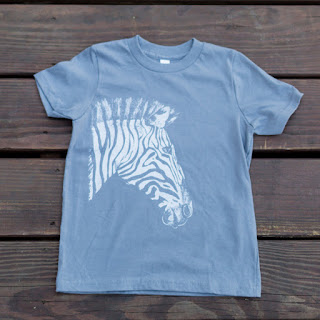 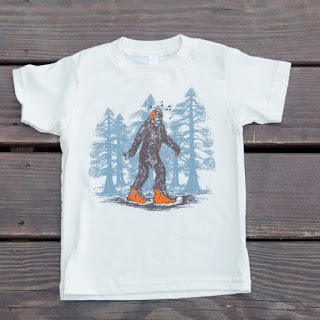 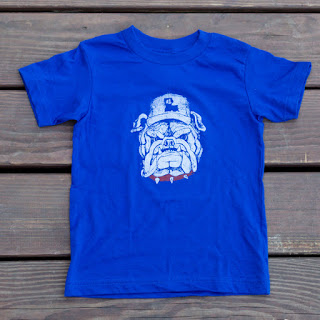 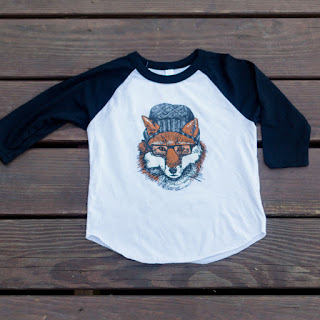 The Short Sleeves are $24 and the Baseball Tees are $26. Most of the kids in the shoot had on a 6t except for Phoebe who had on a 2t.

Hope you like some of the new Fall looks for the little people. They are all available online, or at select retailers. We will be in Lafayette, LA Sept 21-24th for Tinsels and Treasures at the Cajun Dome, so if you have any coon-ass friends, send em our way. www.mrpstees.com

Thanks for reading-
Lissy

Concerts Left at Landrys for Fall: